Senator Jackson believed deeply in the importance of good government.  For him, that meant being prepared, well-informed, and ready to work with others – from either political party – to get major legislation passed.  One part of the Foundation’s work is to encourage civic and political engagement, particularly among young people.  We recently found a new partner in the Edward M. Kennedy Institute for the U.S. Senate to do just that.  The Kennedy Institute, only a year old, and the Jackson Foundation, together sponsored a Youth Town Hall at the Institute’s home base in Boston, Massachusetts.  The timing, in the midst of the 2016 presidential election, could not have been better and enthusiasm for the event was high. 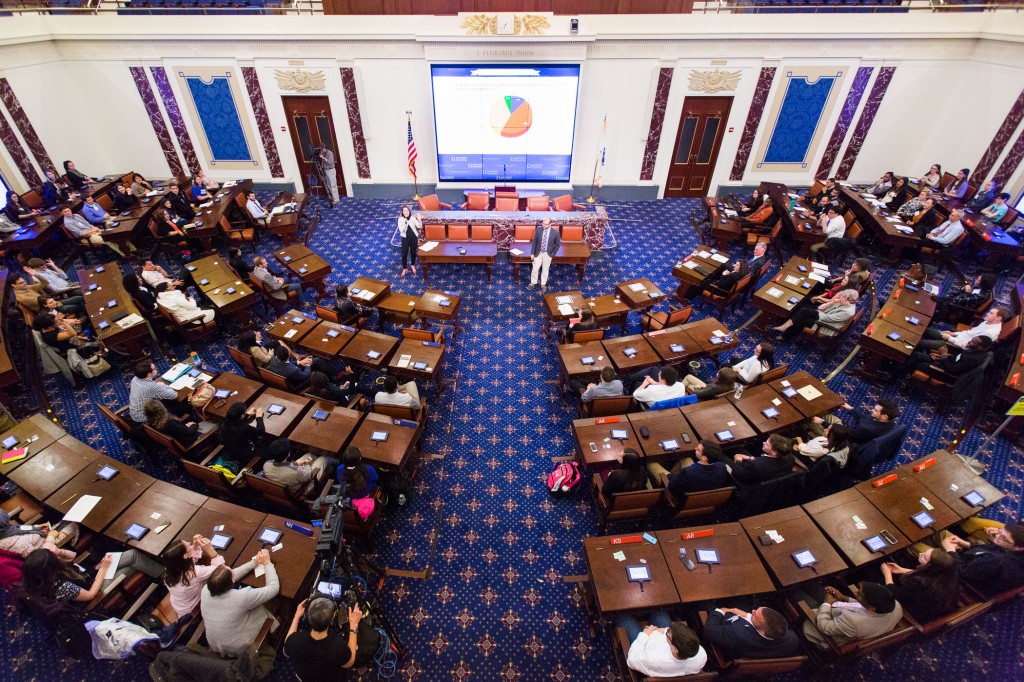 One of the special aspects of the Kennedy Institute is its full-scale replica of the U.S. Senate Chamber.  It’s a wonderful place to hold events and to bring in young people to learn about political life, the legislative process, the art of compromise, and the history of the Senate.  We chose to hold the Youth Town Hall in the Senate Chamber and it was packed with millennials from colleges and programs throughout the Boston area.  The session opened with a sense of history from both Mrs. Vicki Kennedy, President of the Institute’s Board and the Senator’s widow, and John Hempelmann, the Foundation’s president.  Both highlighted the special relationship between Scoop and Ted and the manner in which each man valued colleagues and worked to pass important legislation during their years in the Senate.  As John Hempelmann put it, “These men shared some important values that made them both great leaders – their desire to reach across the aisle for new perspectives, their ability to negotiate and compromise, and their keen understanding of the institution of the Senate. “

The Youth Town Hall had two excellent young moderators in Lauren Dezenski, from Politico, and Mike Deehan, of WGBH News.  They deftly got the crowd to discuss the interactive survey of views of the political process – How can we get you more involved in political life?  How likely are you to volunteer for a campaign? How important are the issues discussed in the presidential election to your life?  Are the candidates talking about your issues? What can be improved in the civic education of our country?

The diverse crowd, filled with the children of immigrants and immigrants themselves, as well as the full spectrum of young people from the region, had strong opinions.  At times, they seemed to reflect some of the well-known stereotypes of the millennial generation – they want their voices to be valued and heard.  They are optimistic about the future, but cynical about politics.  They have a fresh, unadulterated take on society and are not afraid to speak up.  The room held Bernie Sanders supporters  – lots of them – but also Trump and Clinton advocates.  A 15-year old spoke up:  “We need to make sure that students know that their voices be heard.”  A young African American woman declared her interest in running for political office to offset the lack of women of color in the U.S. political life.  An immigrant from Nigeria made an enthusiastic defense of Trump.  One person made a plea for young people to “talk about ourselves as those who have a right to participate in society, rather than seeing ourselves as someone ‘less than’ equal to others.”  “Our view of how we see the world is legitimate – we are not just an age group.” 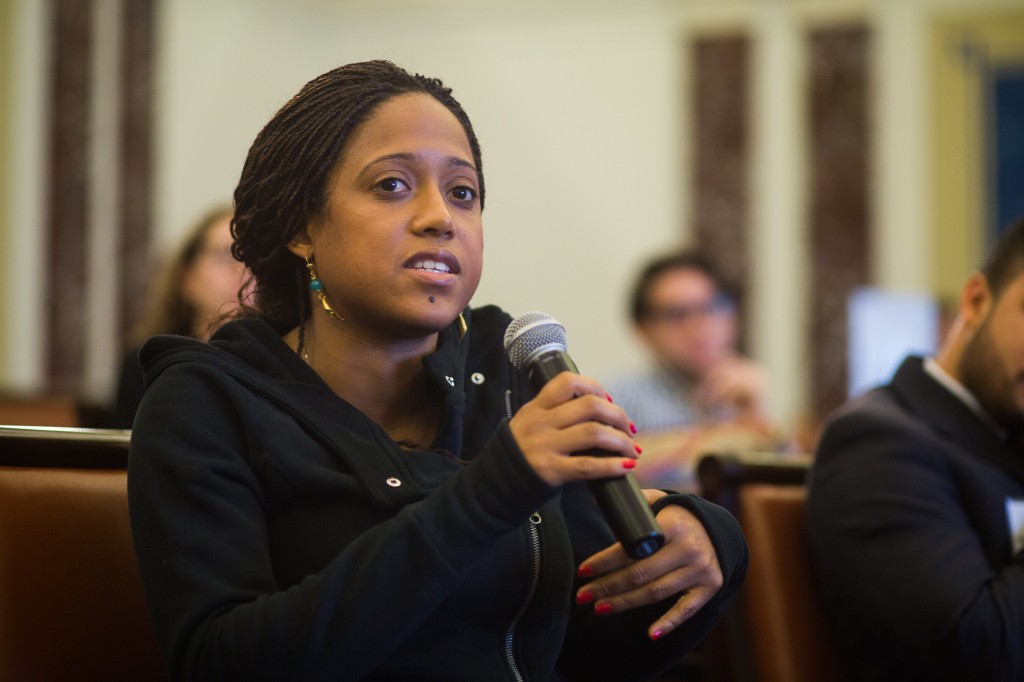 As the youngest member of the Massachusetts State Senate, Senator Eric P. Lesser reminded the crowd at the end,  “Take on and challenge cynicism rather than embrace it.  Real change comes from the community up.”

This was the first Youth Town Hall sponsored by the Kennedy Institute and the Jackson Foundation.  It was inspiring and can be watched in full here.