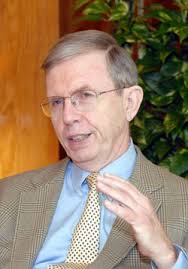 Our culture celebrates our sports heroes – from Michael Jordan to Derek Jeter to Kobe Bryant.  We marvel at their ability to play on, through pain and years, achieving fame and success.  Few of us have had the opportunity to publicly celebrate the careers of other, less famous giants in their fields.  I’m delighted to cast the spotlight on one such unsung hero, Professor Kenneth B. Pyle, longtime historian and teacher at the University of Washington’s Jackson School of International Studies.  Ken – retiring after 51 consecutive years of teaching, which certainly qualifies him for MVP – has won numerous teaching awards over the years.  Equally important, he’s touched the lives and shaped the scholarship of thousands of young minds at the University.  His students speak of him fondly, whether they now serve in the State Department or teach at other universities around the nation.

I’ve had the good fortune to have had Dr. Pyle on the Jackson Foundation Board of Governors during my tenure on the staff.  He was a founding member of our Board, having forged a close alliance with Senator Jackson in the days when Ken headed what was to become the Jackson School, and Jackson sought Ken out for advice on China and U.S. foreign policy toward Asia.  Ken has spoken movingly of that seminal relationship, which began with Senator Jackson dropping by Ken’s office at the U.W. and peppering him with questions for two hours.  Jackson and Pyle shared a concern that there was a national shortage of people who truly understood the workings of Asian and Slavic countries, and both believed that an immersion in the study of these areas was critical to achieve an understanding in U.S.-China and U.S.-Soviet relations.  From that moment forward, Scoop and Ken collaborated – in enhancing international studies at the University, in traveling to China together in the early days of détente with China, and in mentoring young students. 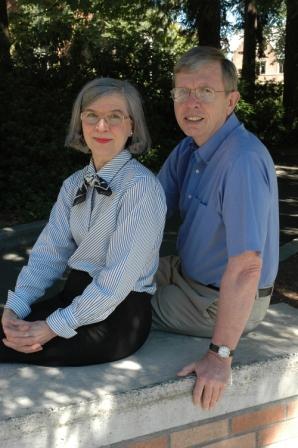 We at the Jackson Foundation value the role that Professor Pyle has played at the Jackson School and at the University of Washington for the past 50-plus years.  We were delighted to name a recent professorship at the Jackson School in American foreign policy in honor of Anne H. H. and Kenneth B. Pyle out of respect and recognition of Ken’s major achievements in his field and his leadership of the Jackson School, and of his wife Anne’s integral partnership with Ken in that success.At the end of this month, there will be a public program to celebrate the career of Ken Pyle.  We invite you to join us for this substantive program, featuring distinguished professor T.J. Pempel, University of California Berkeley, and many top-level colleagues from the Jackson School.