This month the Jackson Foundation partnered with the World Affairs Council of Seattle on a program to focus on recent, troubling events in Russia — with a particular emphasis on the murder of Russian politician Boris Nemtsov steps away from the Kremlin.  The event, which was sold out, featured a panel including Jacqueline Miller, President and CEO of the World Affairs Council and a specialist in Russian foreign policy and U.S.-Russia relations; and Dr. Vladimir Raskin, a Seattle attorney who in the early 1990s co-founded Moscow Center for Human Rights; I joined the panel as well. Carol Vipperman, Senior Advisor to the Foundation and formerly president of the Foundation for Russian and American Economic Cooperation, moderated. 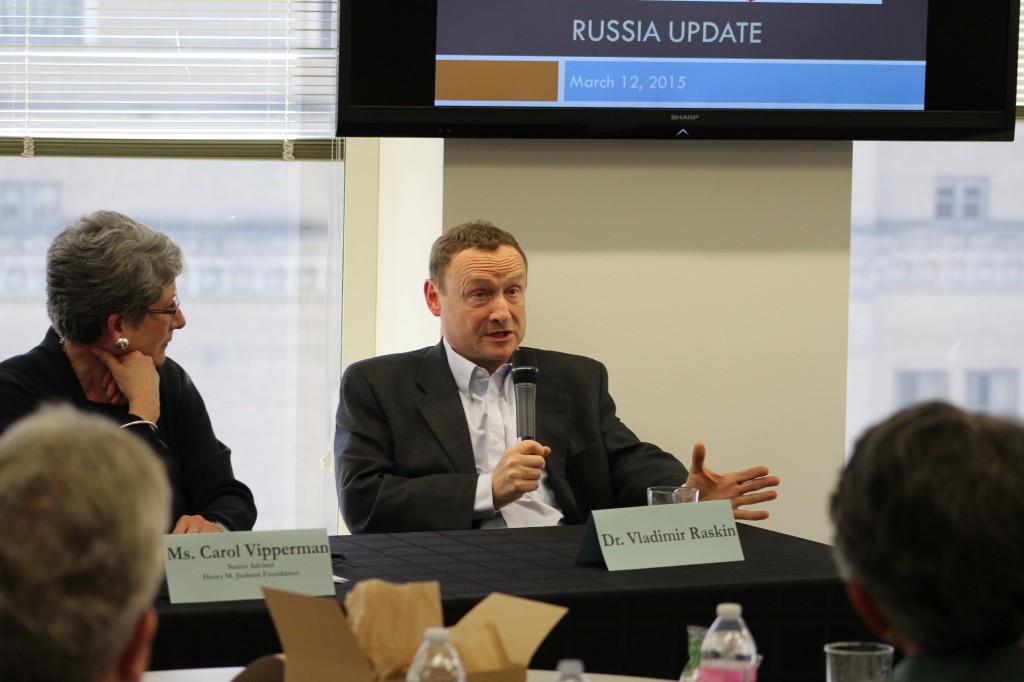 The mood was somber, given the recent assassination and its implications for the future of Russian society and political life.  My remarks focused on the diminishing space for civil society and NGOs and described the crackdown on the media in Russia today.  Vladimir reflected on the span of more than twenty years since the hopeful time when the USSR collapsed and civil society emerged.  That spark of energy and excitement about the possibility of a more democratic Russia has largely dissipated in the wake of this murder and all the murders, draconian laws and political aggression that has been evident in President Putin’s Russia of late.  Jackie Miller highlighted the complexity of relations between the U.S. and Russia and spoke about the impact of sanctions on the Russian domestic economy.  She underlined the uncertainty in Russia’s foreign policy in 2015.  “At least during the Cold War, we understood the rules of the game.  Now it’s anyone’s guess.” 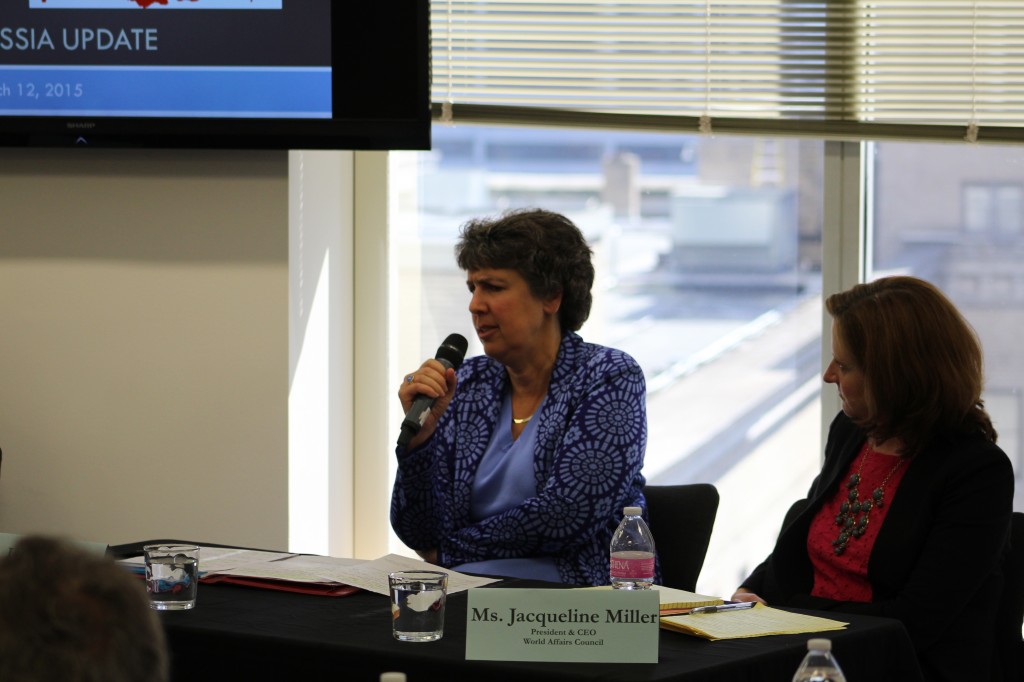 The crowd had many questions, ranging from the prospects for Russia’s opposition politicians after Nemtsov to the rise of nationalism and what role the West should be playing.  The war in Ukraine loomed large, both in panelists’ remarks and in the questions posed.  Panelists differed as to their predictions about what Putin intended next:  where would he stop?  Were the Baltics next? Moldova?  Would he be satisfied with Crimea, or Eastern Ukraine?  The discussion reflected  Putin’s success at surprising his critics and Western observers today. 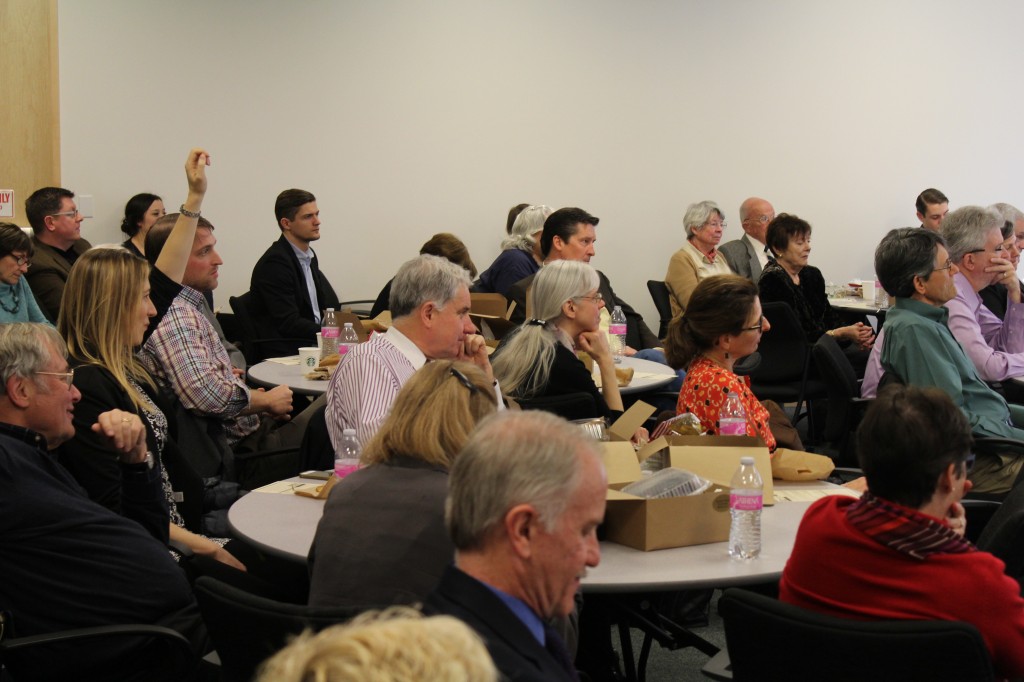 In response to a question regarding which Russia specialists to follow to best assess the situation today, Jackie pointed to an op-ed that I authored in Crosscut, the online magazine, on the murder of Nemtsov and implications for Russia’s future.

We plan to monitor events in Russia closely.