Last week the Jackson Foundation convened two timely programs – one with the Free Russia Foundation and the other with National Bureau of Asian Research (NBR).  Both events were highly successful with attendance well over capacity and each having an impact on foreign-policy areas of strategic importance.

On Thursday, the Foundation held an all-day conference with partner organizations Free Russia Foundation (FRF) and Human Rights First on Strategies to Defend Democratic Institutions and the Rule of Law in the West. This ambitious public event included 23 speakers in all, with three panel discussions, and a packed crowd of about 70.

The day opened with introductory comments from Members of Congress of both political parties including Senator Sheldon Whitehouse (D-RI), and Representatives Adam Kinzinger (R-IL) and William Keating (D-MA). I welcomed the audience on behalf of the Foundation Board.

The discussion had been designed to call attention to the numerous ways that Russia is attacking the West, and it certainly accomplished that. Speakers emphasized that the U.S. should not be complacent or conciliatory regarding Russia. Russia poses a serious threat and it has made wreaking havoc on the West a strategic imperative.

A particularly interesting convergence was the cross-pollination with other Jackson Foundation work. For example, the Kremlin has been introducing new concepts of human rights at the UN. The Russian government has emphasized a traditional concept of human rights (family) over other rights (like LGBT). The Foundation has currently partnered with OutRight Action International to examine and report on this trend. Also, a number of speakers raised the growing connections between Russia and China, which we have targeted in our partnership with NBR over the past several years.

After the day’s panel discussions, a smaller group reconvened to synthesize the recommendations. These will be put into a summary document in the next few weeks and distributed widely.

FRF posted a video of the public panels that can be viewed here.

The Foundation also held a briefing with NBR on The China-Russia Entente:  Impact of Sino-Russian Cooperation on East Asian Security and the United States. This event contrasted the FRF event. Rather than an expansive day of discussion, NBR put on a fast-paced 60-minute briefing designed for young Congressional member office and committee staffers. This room was also jam-packed with around 70 attendees – many standing around the edges. The speakers brought in the roles of North and South Korea, as well as Japan, in the China-Russia-U.S. relationship. Keeping the briefing at an hour allowed the busy staffers to attend and to connect later with the speakers for additional information. The staffers raised numerous insightful and educated questions. 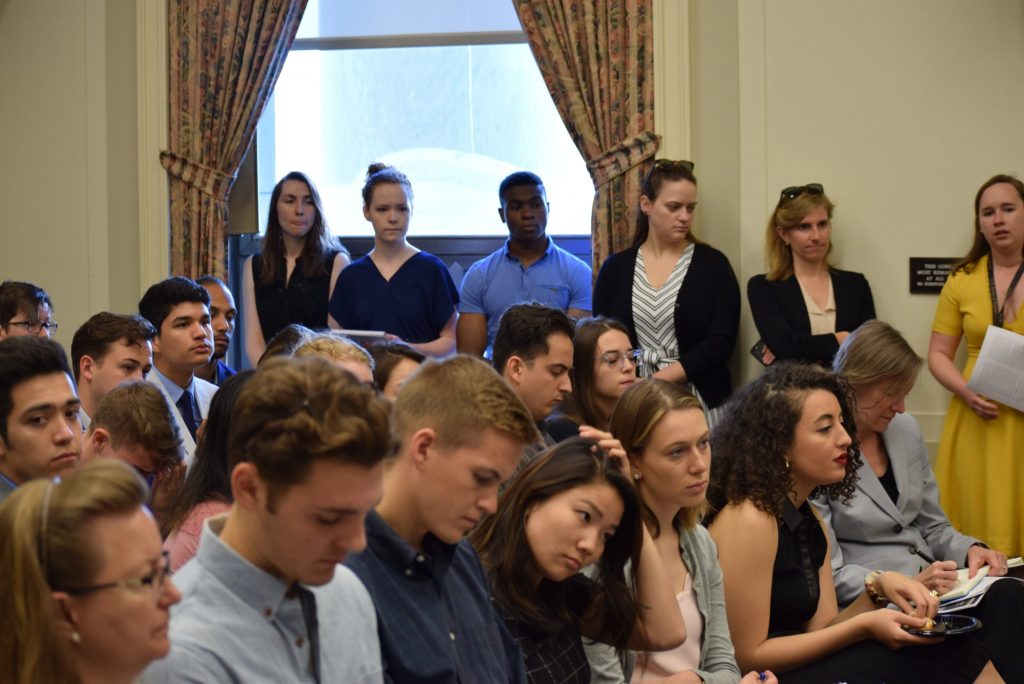 The issue we heard on both days is the need for the U.S. to strengthen its own society and institutions, because other nations are successfully exploiting our domestic divisions at a low cost to themselves. The need to increase bipartisanship, reduce the political divide, and hammer out difficult problems like economic inequality are paramount to solving these complex foreign-policy matters.