John Hempelmann, Foundation President, moderated the event and set the stage by reflecting on the strengths of Senator Jackson’s leadership qualities.  A few major themes emerged from the discussion.  General Lanza noted the commonality between academia, business and the military when it comes to addressing leadership development.  I was struck again by General Lanza’s evident passion for building leaders of character.  He emphasized that “character” was different than “competence” and that while one can teach competence, character is integral to true leadership.  “We want trust between the leaders and the led,” Lanza said.

Ms. Piasecki described character as when one shows wisdom during adversity and behaves properly even when no one else will notice, something which resonated with the panel.  “There’s only one standard – and that’s doing the right thing,” she emphasized.

A few other qualities were called out in describing exceptional leaders:  Expertise is essential to successful leadership, and was a quality that Senator Jackson valued and sought in his staff and advisors, Mr. Hempelmann stressed.  Several speakers noted the importance of mentorship to developing capable leaders and allowing people to make mistakes and learn from them.  Nicole Piasecki stressed that expertise must be shared between workers so that during employee turnover, institutional knowledge does not get lost. 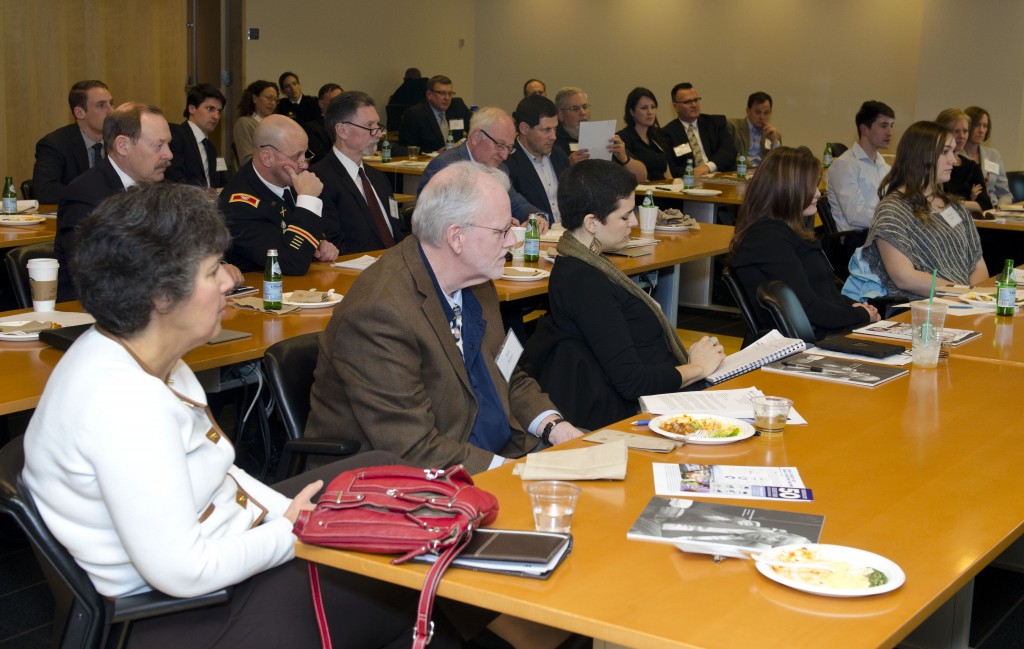 Finally, several panelists offered that there are differences between genders when it comes to leadership styles.  Ms. Campbell noted that “there is beauty in diversity, and gender is only one aspect,” but that women may tend to network more throughout an organization, work toward building consensus and connections in a large organization.  In addition, women may be more willing to ask questions for clarification and to listen to everyone in the room.  Men may tend to work more directly with a straight-line approach to a particular end point.

The room, filled with students, members of the community, and young military personnel, appreciated both the diversity of the sectors represented as well as the depth of the panelists’ experience.  It was a memorable session.