Anna Marie Jackson Laurence and I were fortunate to participate in the Holocaust Center for Humanity’s Student Leadership Board meeting last week.  Anna Marie, Senator Jackson’s daughter and an officer of the Foundation, and I spoke to the group of 7th – 11th graders about Senator Jackson’s human rights legacy and achievements and why Senator Jackson was so committed to international human rights, an interest that stemmed in part from Jackson’s post-war visit to the just-liberated Buchenwald concentration camp in Germany. 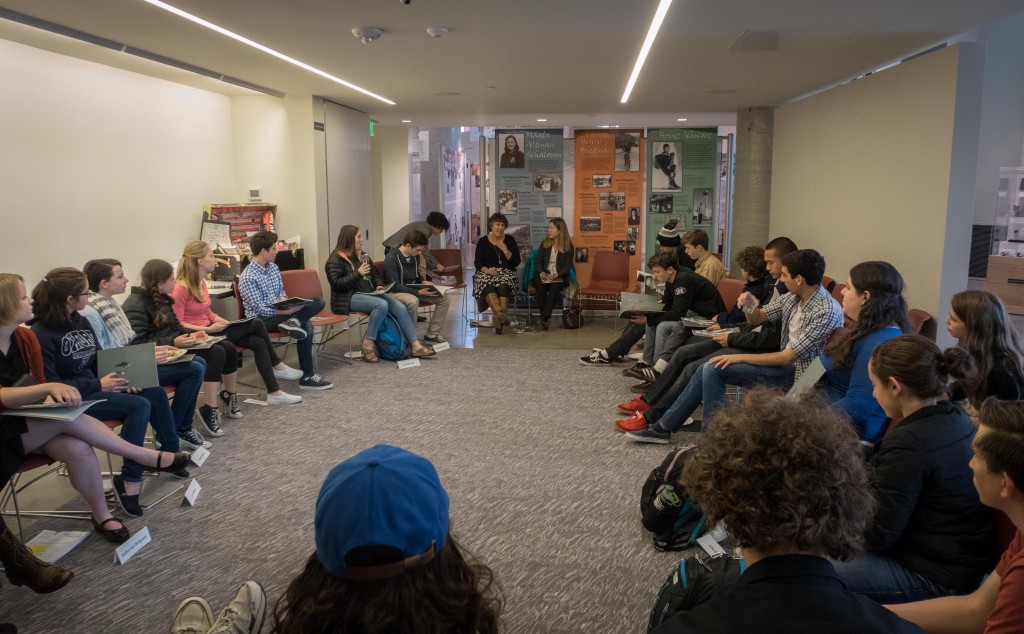 Our discussion with the young people touched on Jackson’s role in the Soviet Jewry movement and the passage of the historic Jackson-Vanik Amendment, which allowed over a million Russian Jews a to leave the USSR and other Eastern Bloc countries.  We also engaged them in a conversation about leadership, distributing copies of “The Nature of Leadership,” a publication that showcases Jackson’s leadership qualities and brings them into focus for today’s younger generations.

The Student Leadership Board is a new creation of the Holocaust Center for Humanity.  It is the Fellowship project of Ilana Cone Kennedy, one of this year’s Jackson Leadership Fellows. Ilana is being co-mentored by Anna Marie and me.  Ilana wanted to replicate some of the experiences she is having as a Jackson Leadership Fellow and create a youth board where high school students could work as a team, and as individuals, on leadership as well as issues related to the Holocaust Center, and spread the word to their very diverse schools throughout the region.  Here’s how Ilana described the origins of her project:

“In January 2015, the Holocaust Center expanded to a much larger space.  For the first time we could host meetings and events on site, we could display artifacts, and invite student groups.  We realized that while we had great input from teachers, we lacked the direct input from students. The more I thought about it, the more I was convinced that this was a huge piece that we were missing  – we were not hearing in any structured way from the very people we wanted most to reach.  The Jackson Leadership Fellowship program served as an excellent model for a meaningful program that could be replicated with students.”

Ilana initially thought she’d create a small group experience – but couldn’t resist the thirty young people who applied to be part of the Student Leadership Board, so she accepted them all!  They range from 13-17 years old, but come together in their caring about the issues that the Holocaust Center focuses on – including learning more about the Holocaust, human rights, and genocide.  The board is meeting monthly, and students will have the opportunity to meet with community leaders, provide feedback to the Center on its programs, and serve as junior ambassadors to their schools and communities. 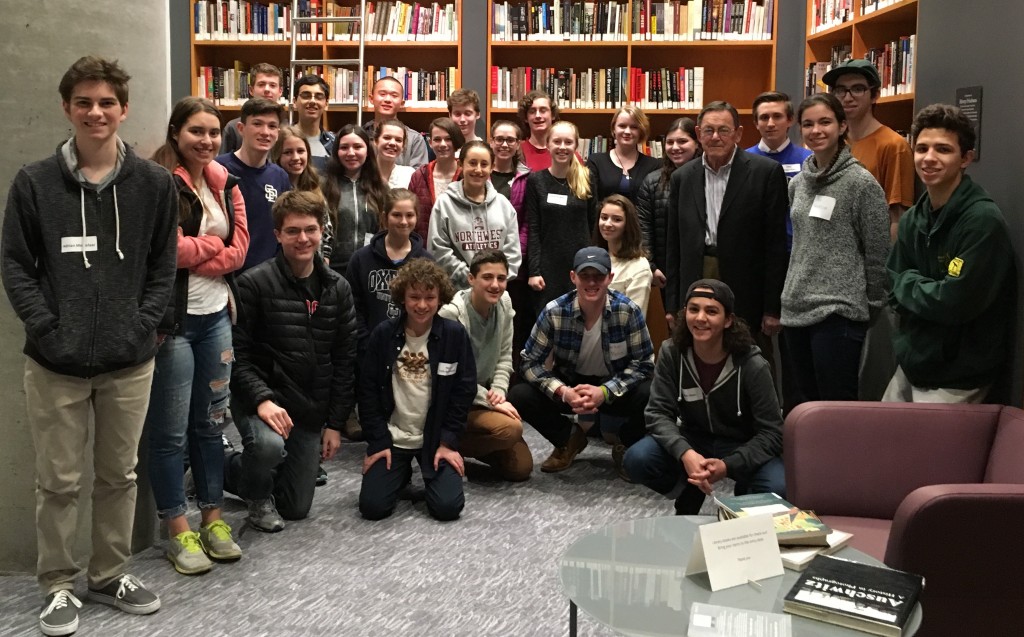 Anna Marie and I were impressed with the scope of interests of the students – working on projects such as video promotions of the Center; data collection on the Armenian genocide; speaking to their classmates about the Center; and making posters and other graphic materials to illustrate the work of the Center for their peers.

It is exciting to see that the Foundation’s work with the Jackson Leadership Fellows has begun to translate further afield, as Fellows like Ilana take what they’re learning and apply those lessons in the community.  Learn more about the Holocaust Center for Humanities Student Leadership board and about all the wonderful Jackson Fellows.