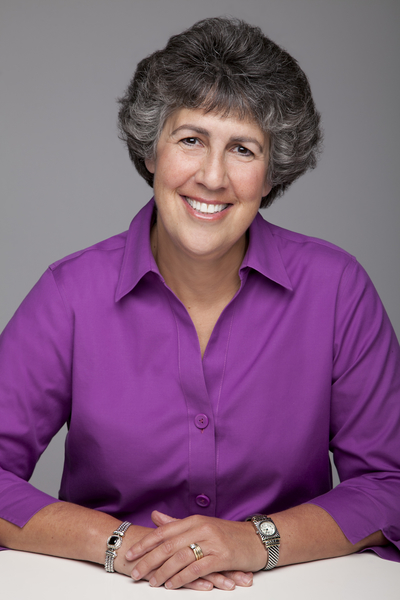 This week marks 20 years for me at the helm of the Jackson Foundation.  I’m proud and honored to have served as Executive Director for two decades.  During my tenure, I’ve had the good fortune to work with my dedicated Board members and great staff on any number of meaningful activities.

My personal highlight reel includes a 1995 Jerusalem conference celebrating the ground-breaking Jackson-Vanik Amendment  — which helped over a million Soviet Jews emigrate from the USSR.  That conference attracted hundreds of Soviet Jewish emigres now living in Israel as well as a host of Israeli and American politicians, including the late Prime Minister Itzhak Rabin, who was assassinated only months later.  Since I wrote my Master’s thesis on Senator Jackson’s legislation and the story behind it, that conference had tremendous significance for me.  The famous Jewish dissident from the Soviet era, Natan Sharansky, worked closely with us on the conference, and our Chairman, Helen Jackson, joined us in Jerusalem.  It was unforgettable.

I’ve also reflected on the role that the Foundation has played to strengthen the Jackson School at the University of Washington.  Dozens of policy conferences, graduate fellowships, the Jackson Professorship, the Golub Chair, lecture series, the new PhD program, the Helen Jackson Chair in Human Rights – we’ve helped usher in key changes at the Jackson School.  As a graduate of the School, it has meant a lot to me to help the University do what it does best:  provide first-class education to young people, in this case our future leaders in international policy.  It has been a richly rewarding relationship, one that makes me highly value the intellectual depth of the faculty at the Jackson School.

We started supporting human rights in Russia over 20 years ago – after the break-up of the Soviet Union.  In the more than two decades since, we’ve watched the ups and downs of civil society in Russia with alarm, and our grant making and programs have changed dramatically in response to events.  That’s a sadness to remark upon, given the downward trend in rights under Putin’s Russia.  We are still raising our voice on that front, however! Last year we brought a group of civil society leaders from Russia to Seattle and Washington, DC under a grant from the U.S. State Department.  This trip was inspirational for the delegation and continues to provide encouragement and ideas for these dedicated individuals back in Russia today.

Lately we have two new programs which have galvanized the Board and staff:  the first is helping to lend our resources and intellectual fire-power to the climate change world, focusing particularly on the national and global security implications for the U.S. around climate.  The Jackson name lends credence and balance to discussions on this critical issue.  We are helping to leverage our work by highlighting the military viewpoint and bringing other foundations to the table.  This is a new area for me and it has been wonderful to be challenged to learn more about the climate field.

Second, we have launched an initiative to train a new generation of Jackson-inspired young people, with the launch of the Jackson Leadership Fellows Program.  It’s been invigorating to choose and begin to mentor the eight outstanding young professionals who comprise our first class here in Seattle.  I’ve been energized by my interactions with each of them and feel it is one of the most exciting initiatives that the Foundation has embarked upon.

It’s easy for me to think of the extended Jackson community as a family – one that includes our Board members, past and present, as well as former and current staff members of the Foundation, and “Scoop’s Troops” – those who worked with Jackson on his own staff or on one of his committee staff positions.  It also comprises our many partners and grantees over the years, at the Jackson School, the National Bureau of Asian Research, the Kennan Institute, City Club Seattle, and countless other colleagues.  It’s an engaging group and one that has a remarkable cohesion because of the respect for Senator Jackson that unites everyone.  It has made this a great place to work.

One thing I’ve learned at the Foundation over the course of the last twenty years– while the specific programs may change, the work in international affairs, environment and energy, human rights and public service still are highly relevant in today’s world.

I look forward to working together with all of you to carry on the Jackson legacy.  I hope you’ll get in touch.

5 thoughts on “20 Years as Executive Director – Looking Back, Looking Forward”