The Foundation provides modest support to organizations in Snohomish County to honor Senator Jackson’s long history in the area. In the past several years, the Foundation has directed some of that funding to address homelessness. One such organization, HopeWorks Social Enterprises, recently opened an environmentally-friendly building in Everett that includes 65 affordable-housing units, provides job training programs, and serves as a community hub.

HopeWorks dedicated many of the affordable housing units to those with particular needs, including families in drug court, military veterans, and homeless youth.

Anna Marie Laurence represented the Foundation at the opening events and had this to say:

After touring HopeWorks Station II, I felt excited for both the new residents and the Snohomish County community. The residents will live in an energy-efficient building where individuals can enjoy a community gathering room and an open courtyard, gain job skills in the state-of-the-art training kitchen, and easily get around in the bicycle-friendly surroundings – all just a few blocks from the Everett Station. As a community member, I am proud knowing that we are helping to provide housing and job training to some of our most challenged residents. I look forward to stopping in at HopeWorks Kindred Kitchen. We believe that HopeWorks Station will give residents and interns a feeling of safety, and will help them fulfill their own hopes and dreams. 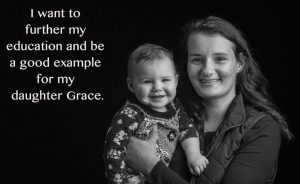 Click here to view a short video of the new residents made by A Peace of My Mind.

We are glad to have been a part of this important local partnership.

Together with the Jackson School, the Foundation recently hosted a foreign policy lecture given by a major scholar. The evening featured Stephen M. Walt, Robert and Renee Belfer Professor of International Affairs at Harvard’s Kennedy School of Government. The speaker’s invitation came about through Daniel Bessner, who serves as the first Anne H.H. and Kenneth B. Pyle Professor of American Foreign Policy. Foundation Board President Craig Gannett and Vice President Linda Mason Wilgis attended.

Professor Walt’s lecture centered on arguments from his recent book, The Hell of Good Intentions. He contends that over the past several decades, American foreign policy has been based on a strategy of liberal hegemony, which promotes democratic values, human rights, the rule of law, and open markets. Yet this approach of trying to remake the world in America’s image has resulted in the U.S. being overcommitted and involved in costly never-ending conflicts, as well as contributing to corruption, civilian deaths, and instability around the world. And he suggested that the entrenched foreign policy establishment (AKA “the Blob”) has perpetuated rather than redirected this failing strategy.

Professor Walt called for a new policy – offshore balancing. This approach would focus attention on balancing China within Asia, gradually reducing our military commitments in Europe, working toward eliminating our military presence and normalizing relations in the Middle East, getting out of the regime change business, and promoting our political values by setting a good example. He emphasized that he did not advocate for isolationism but for diplomatic, economic, and some military engagement. Finally, Professor Walt suggested that this approach had not only been effective earlier in the 20th century, but that many Americans also favor it today.

We are pleased to have provided support for this public event that brought an important foreign policy thinker to our Seattle audience.

Here is a link to the full video. 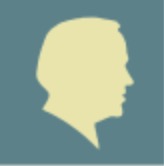 Making a lasting impact and perpetuate the Jackson legacy for the benefit of future generations.